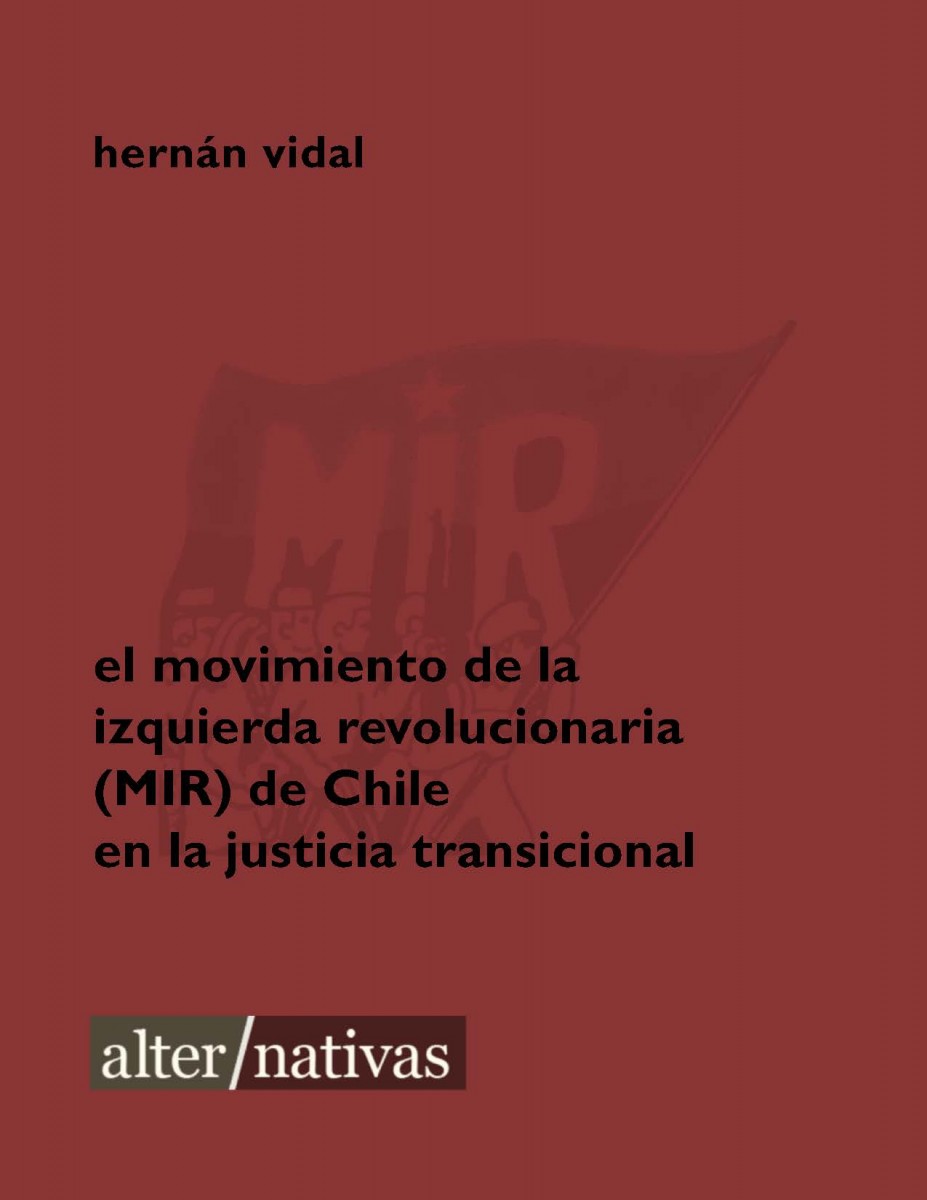 In this book, product of much reflection and sorrow, Hernán Vidal analyzes the social, political and cultural trauma left by the militaristic violence of Leftist groups and State terrorism from the hermeneutical apparatus of International Human Rights. In order to understand the burden of this historical experience in the subsequent reconstruction of democracy and the rule of law in Chile, Vidal argues from the concept of “transitional justice” promoted by the United Nations for the study of similar cases.

At a time when human rights have gained legitimacy as an ethical and political tool for building more just societies, the concept of "the rule of law" serves Vidal to criticize, in a passionate and controversial analysis, the strategy of prolonged and irregular civil war adopted in the 1960s by the Chilean MIR of Chile which led to tragedy. Vidal argues that in a painful and paradoxical twist, the MIR contributed to destabilize and overthrow the government of the Unidad Popular by becoming an instrument of Cuban geopolitics in the context of the Cold War. The political blunder of a flawed militarist strategy was made worse by the inefficient training of its cadres, the incompetence of its leaders, and the inefficiency of the organization.

The defeats suffered by the MIR were of such a magnitude that led the party to its disintegration in 1988, but since the early 2000s some members of the organization have attempted to rewrite that political-military defeat into a moral victory of militancy and sacrifice, and even to vindicate the legitimacy of the militarist strategy in the understanding that it relates to an original "culture" that precedes the Republic of Chile. In a sober style, Vidal challenges us to reflect on this important chapter in recent Latin American history from the ethical perspective of Human Rights.

HERNÁN VIDAL (Professor Emeritus, University of Minnesota) was one of the founders of the Institute for the Study of Ideologies and Literature that during the 1970s actively promoted the socio-historical analysis of Latin American literatures, an approach which later evolved into the field of Latin American cultural studies. Since the 1980s Professor Vidal has been writing about the Human Rights in Chile, exploring a cultural hermeneutics founded in International Human Rights Law.